Well, it looks like there will be a third season of our beloved series, Video Game High School! It was sort of announced via a post on the VGHS Facebook page. As of now, it is still in the writing process.

"So seasons 2 and 3 are the same format, and we are planning to release them closer to seasons 1 and 2. We started season 2 after season 1 aired. This was so we could see how the show felt put together, and also get a sense of what people liked and didn't.

Well, last week we started writing season 3. Which is interested as we haven't even been able to see the footage put together. But we are a lot more confident in our process, and we know the tone of the show, and the characters much better than before." 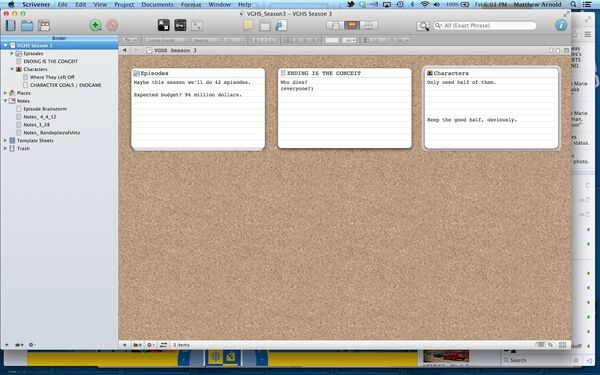 Retrieved from "https://vghs.fandom.com/wiki/User_blog:EternalBlaze/Season_3_is_in_the_works?oldid=6217"
Community content is available under CC-BY-SA unless otherwise noted.